Sign up to receive updates and news of coming events. 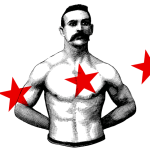 Marlon Brando, ‘On the Waterfront’

Welcome to the Gun Shop, sanctuary from the ordinary. For several intense minutes the bout demands total attention; that first punch in the face is a wake-up. Faced with the fact of physical danger there is no time for distraction and worrying about life’s daily grind. The past has gone, the future is somewhere out there and that leaves only the present, in the zone, in the ring, a special somewhere other. That’s the point, that’s why boxing is such an exhilarating and liberating experience; it’s unique, primal, wonderful. 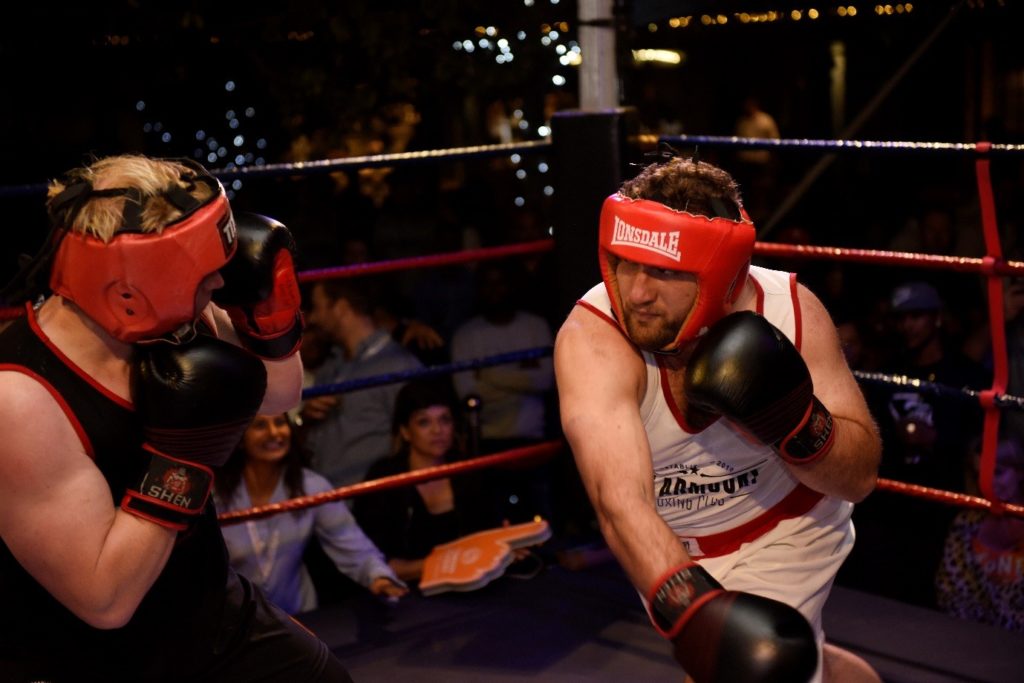 We’re not into the Nanny State here at The Armoury and you won’t see rules posted all over the walls but boxing, practiced properly, is highly disciplined and bound by decent values and a strong code of behaviour. We are proud adherents of the venerable tradition of the gentleman boxer and find that respect comes naturally between opponents. That self discipline and sense of fair play is important because when a boxer enters the ring and answers the summons of the bell he, or she, is now a ‘fighter’ and is expected to trade blows. 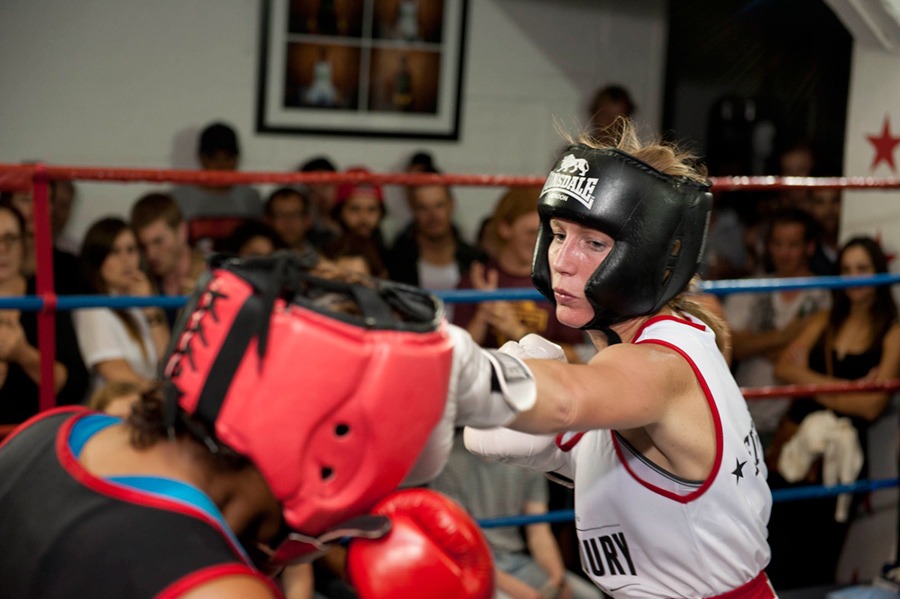 Our boxers are trained by great coaches who give them strength, speed and skill, but the heart – that comes from within. Heart doesn’t mean mindless aggression. The intelligent boxer learns that ‘to lose your temper is to lose the fight’ and expresses himself through his own individualistic style which is honed over time as he progresses from brawler to boxer. For the White Collar boxer, this expression of character is one of the things that makes Fight Night so special. The ring is their stage and they’ll define themselves throughout the fight ritual; the choice of fight name and fight song, the pose at the weigh-in – ‘show us yer guns’ –  the ring walk – head up, head bowed – how to enter the ring – cocky or calm, with a smile or a scowl, a swagger or shuffle.

Whatever the expression you know there’s an element of front to it, of a confidence trick, because the adrenalin is pumping and the anxiety is huge. The boxer climbs through the ropes into the lonely ring under the bright lights, everyone watching, and looks his opponent in the eye. He’s faced down his fear and must now show his mettle. The bell calls and he fights through adversity, taking punches, giving some back, digging deep. He has envisioned this fight over many miles of roadwork and many sleepless nights. He dreamt of glory and the adoration of cheering ringside supporters but may be humbled by a single crushing blow; he knowingly takes that risk. He’s stripped bare and reveals his soul, his true self, which is stronger than he ever imagined. At the end of the fight, an embrace. Arms raised. Respect, hard earned and for life. And now they share a drink at the bar, the fight folklore has begun and it doesn’t matter who won, they are Champions all. 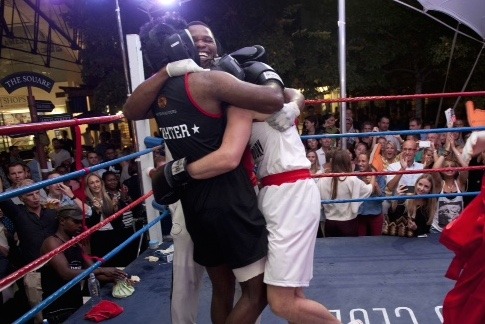 Read Thomas Okes’ gripping account of the Fight Night experience in Men’s Health, “This is a man who has begun to live”:

What is Death? Nothing – Men’s Health

Sign up to receive updates and news of coming events.